I had the privilege of going to three of Europe’s greatest football cities – Barcelona, Liverpool and Turin – to interview Dutch internationals who play there.

First stop was Barcelona in February for Frenkie de Jong. We talked for well over half an hour, mainly about his time at Ajax, Barcelona and playing for the Dutch national team. A film crew from IMG in London came over to record it. The content was used on UEFA.com, in Champions League TV programmes distributed to broadcasters in various countries, as well as in ‘Road to Euro 2020’ video stories that will unfortunately shelved because of COVID-19.

After that it was the same story in Liverpool with Gini Wijnaldum, and then in Turin for Matthijs de Ligt. The De Ligt interview was also turned into the cover story for the Champions Journal, which I was particularly proud of. 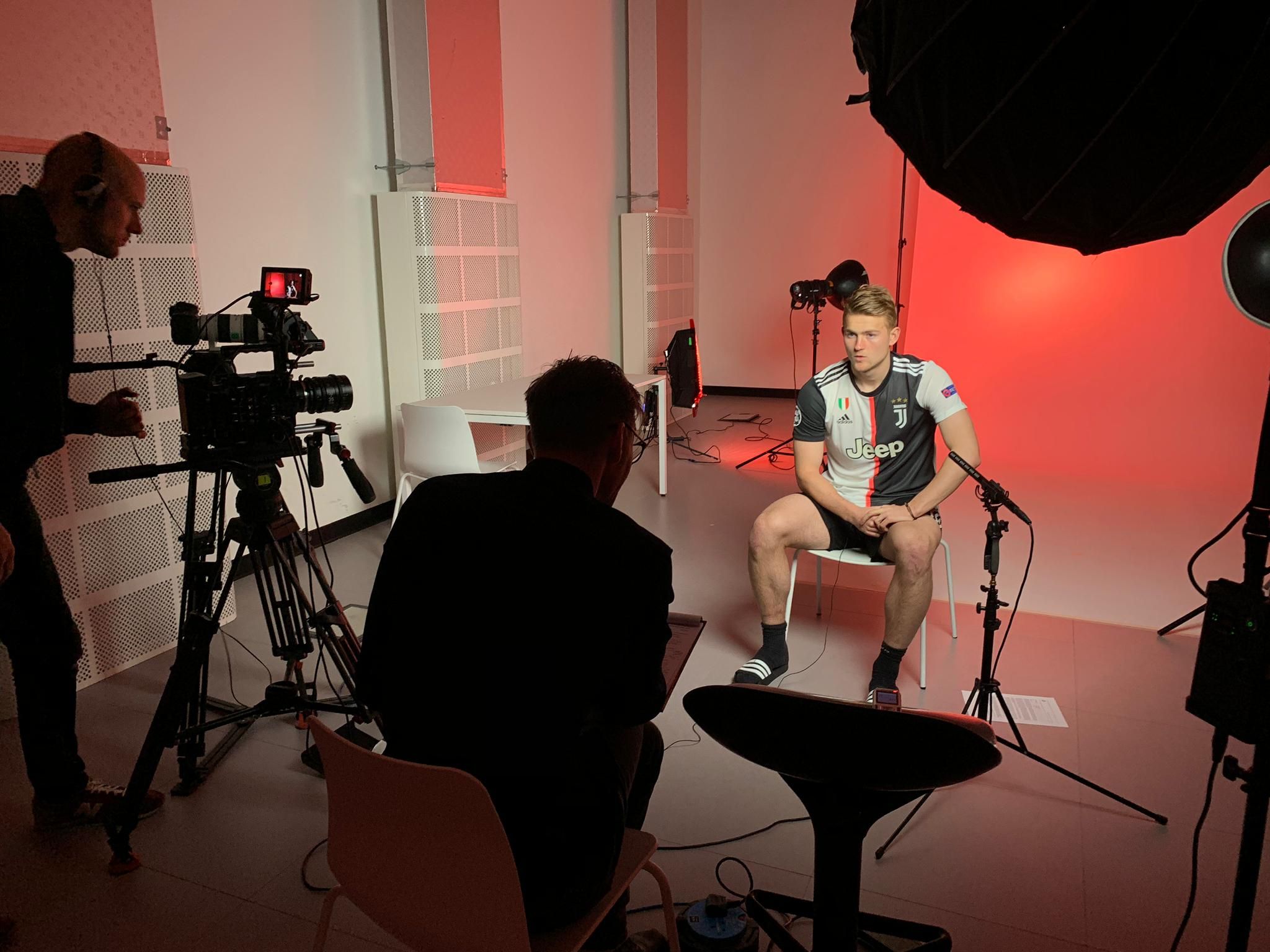